Meeting at the junction of UX and Communication

Meeting at the junction of UX and Communication

Regardless of the species, communication has been the foundation upon which the history of the planet Earth has been built, over the millennia. Based on research results on the evolution of species and humans, we have not been able yet to find a species with as many different forms of communication as the homo sapiens. From pictograms, immobile and simplified depictions of everyday life of humans millennia ago, to written forms of communication such as paper, papyrus, clay, wax, and other media, and then to the transfer of information with the use of electromagnetic radiation, humans have managed to evolve both communication and conversation, taking it to high-quality levels from an early stage.

All forms of communication are in essence the structure upon which the transferring of a piece of information is built, to leave its transmitter and reach the desired receiver or receivers. A written sentence is comprised of words and punctuation symbols, which help dictate what the reason for communication is, while a verbal sentence is comprised of words and sounds, as well as verbal punctuation (volume of speech, breaks during a speech, and more). Regardless of which words, written and verbal punctuation, and sounds are used, a sentence is the UX (User Experience) the receiver of information is having when reading or listening to that sentence.

A story as old as time

Humans have developed high-quality forms of communication since ancient times, with UX essentially existing since the beginning of human civilization, in different forms. How a piece of text is constructed, to help readers understand what they are looking at, was an important aspect of the ancient Chinese, ancient Egyptians, and ancient Greeks, among others. Titles, mezzanines, tables of contents, pagination, the overall structure of a collection of texts, were part of the UX design. The same applied to the way rhetoric was developed in ancient Greece and ancient Asian civilizations as well, since ancient philosophers used specific structures in their writings and speeches, to help direct and indirect receivers get an idea of how they will read/listen a text/speech so that they understand what the initial transmitter meant.

Homer, the presumed author of the Iliad and Odyssey, two epic poems that are central works of ancient Greek literature, was a master of UX and text optimization. The Odyssey is written in dactylic hexameter. It opens in medias res, in the middle of the overall story, with prior events described through flashbacks or storytelling. Distinctive titles, mezzanines, and other techniques allow Homer to help readers distinguish what they are reading, and how they will proceed on reading further.

From Homer to the digital world

As we already know, and as you are currently experiencing just by reading this article, UX has evolved tremendously over the centuries. From text and speech structure in ancient times to the eruption of the Industrial Revolution during the 19th and 20th centuries, humans have achieved multiple levels of UX, improving the User Experience further and further. The evolution of technology has led to discoveries, and the digital era has completely transformed the term “UX”, now described as “a person’s perceptions and responses that result from the use or anticipated use of a product, system or service.”

Take Wikipedia, for example. The world’s largest, free online encyclopedia, created and edited by volunteers around the world, and hosted by the Wikimedia Foundation. Within the Wikipedia article for “Communication”, users firstly see the title of the webpage. The sidebar to the left is the part of the UX of Wikipedia that allows users to explorer other parts of the online encyclopedia, the “Contents” table shows them the number of mezzanines there are within the article, and also dictates how they can move in the article as an alternative to scrolling up and down. A table to the right side gives users access to other aspects of Communication, and each mezzanine is the start of a new chapter, regarding the article in question. This is UX in its most simple, yet effective form, without a high-quality UI giving it distinctive aesthetics, a fact that alone is enough for Wikipedia to have its feel, that of a digital encyclopedia, there to offer information on virtually anything, and everything.

The Social impact of UX

UX is not that complicated when you look at its definition; however, it is vital that every single product, service, and system, achieve a good UX, to not only attract but also keep visitors engaged. UX is the structure upon which communication is achieved and conducted, therefore, it is the soul of conversation, whether it is direct (between two or more humans), or indirect (between one or more humans and a product, service, or system built by other humans). Human society has evolved tremendously, especially since the beginning of the 19th century, and despite several obstacles such as racism, sexism, and other forms of oppression, societies around the globe are gradually moving towards optimization in communication, and UX plays a vital role in that.

Every day, billions of people from virtually everywhere around the world, have access to a digital world filled with information, news, articles, and opinions, regarding anything, and everything. The actual content comes second when we are talking about impressions, and UX (along with UI, obviously) is the most important factor. Not only visitors of a website or users of a product, service, or system will be able to get the best possible impression about it if they enjoy a well-built UX, but they will be able to understand how communication can be optimized overall, leading to more desirable results regarding any matter that humans encounter daily, as individuals, and as a species.

To better understand the statement above, let’s break it down. Imagine a person visiting a website that has excellent UX while searching for sources regarding a subject they are writing an essay about. A great User Experience will not only allow the visitor of the website to navigate easily, and find the information they are looking for as fast and efficiently as possible. While navigating said webpage, the person will be able to notice the logic upon which the UX of this website is built, and they will be able to transfer that knowledge into their own life, whether it is for crafting a well-presented essay that is easy-to-read (the equivalent of easy-to-use for products), or for having structured conversations that lead to desirable results.

In the casing above, we attempted to explain how and why UX was always there, since the beginning of human civilization, and it will continue being there until the end of the species, whenever that happens. Even while writing this article, we managed to understand UX even better, explorer the different approaches people have on User Experience, and we even managed to implement a form of User Experience within the article itself.

Our title explains the foundation upon which this article is set, the first mezzanine shows the transition UX has done, from ancient times to the digital era, and the second mezzanine advises beforehand that we are going to write about how UX -if looked at from a certain point of view- can have a positive impact on human societies, and individuals, improving everyday life. UX also has a strictly technical side, and we are planning on covering that as well. 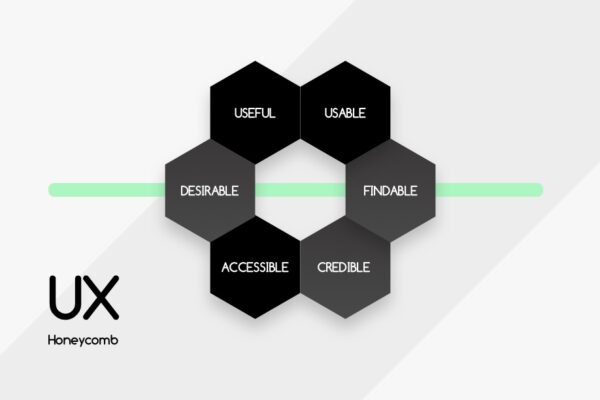 UX in the era of web-scanning

In previous blogs, we have discussed the point where UX meets the essence of communication, technology’s ways of improving the